James has contributed to a number of Vancouver based anthologies and has remained active in the small-press scene. He has headlined as a guest at local and international conventions, including the San Diego Comicon and Spain’s prestigious Asturias Comic Convention.

In 2000 he was recognized by the Vancouver School Board for participating in the Mentorship: Making Contact Program and has since organized comic workshops and presentations for classrooms and recreational programs throughout greater Vancouver, including the Emily Carr University of Art & Design.

He has also made the local gallery scene, acting far hipper than he is by creating pieces for hot rod shows and burlesque-fests, and by making sure his album art appeared on at least one major punk label. 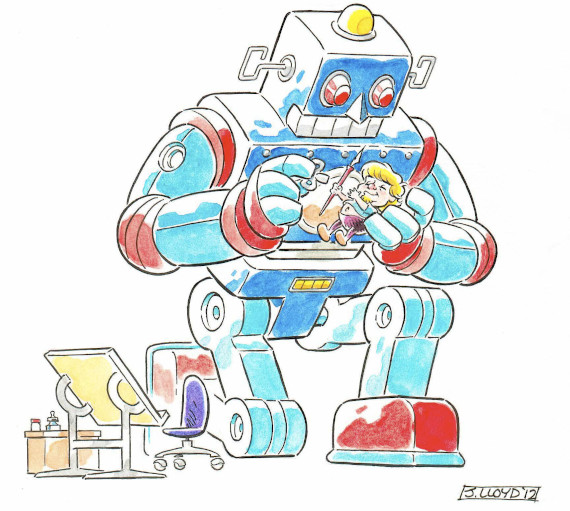 Since the late nineties he has snuck work into so-called “lowbrow” and comic art expos around town, and in 2009 the University of British Columbia Rare Books and Special Collections Room archived his work as part of an exhibit designed by students graduating from a final course in media studies.

They had this to say about his comics: “Lloyd’s often-aggressive style reveals the deep implications of politics, religion and conventions, and challenges any attempt at sugarcoating life”.

If they can get me so can you.